A study by Rebecca Chamberlain from KU Leuven, Belgium has found that artists have structurally different brains, compared with non-artists. Well, that explains a lot! I'm sure many of us have suspected as much, but now science is beginning to look into the matter and this small study has revealed some surprising details that distinguish the creative brain. Using a brain scanning method called voxel-based morphometry, researchers peered into the brains of 21 art students and 23 non-artists. What they found was that the artist group had significantly more gray matter in a region of the brain involved in visual imagery.
Dr. Chamberlain also asked the participants to complete drawing tasks. Those better at drawing had increased gray and white matter in the cerebellum and in the supplementary motor area, involved in fine motor control. Related studies performed with creative persons in other fields (such as music) also suggests enhanced processing in these areas.
"It falls into line with evidence that focus of expertise really does change the brain. The brain is incredibly flexible in response to training and there are huge individual differences that we are only beginning to tap into," reports Dr. Chamberlain. This sounds to us like reinforcement of the 10,000 hour rule. Practice makes perfect perhaps because the brain is rewired to constantly get better at it while we work. Talent in art is useful, but persistence, especially in developing a skill, counts for more. Combine the two and eventually a great artist emerges from the years of hard brain-training effort.
Ellen Winner of Boston College, who was not involved in the study, said that this study should help "to put to rest the facile claims that artists use 'the right side of their brain' given that increased gray and white matter were found in the art group in both left and right structures of the brain." What would really nail all the data down would be a large-scale prospective study of the creative vs. non-creative brain. In the meantime, it is interesting to remember all the hours we spent with a pencil in our hands as we were growing up. Who knew then that we were not just having fun, but shaping our very future abilities in the process?

_______________________________________________
This is the time of year when we go around knocking on doors to get sponsors for our annual drawing contest.  With more money, we can give better prizes and make more publicity.  Well, we can't deny that this year it has been harder than any other, responding to the state of the economy, and the emotional turmoil that this causes...  But it is precisely in times such as this when activities that promote art and give positive reinforcement to young people and art äficionados"(artists that don't call themselves that because they don't do it for profit) are important.  They remind us that  "man does not live on bread alone"  and that, as humans, we are capable of doing "senseless" things whose very value is their impracticality. 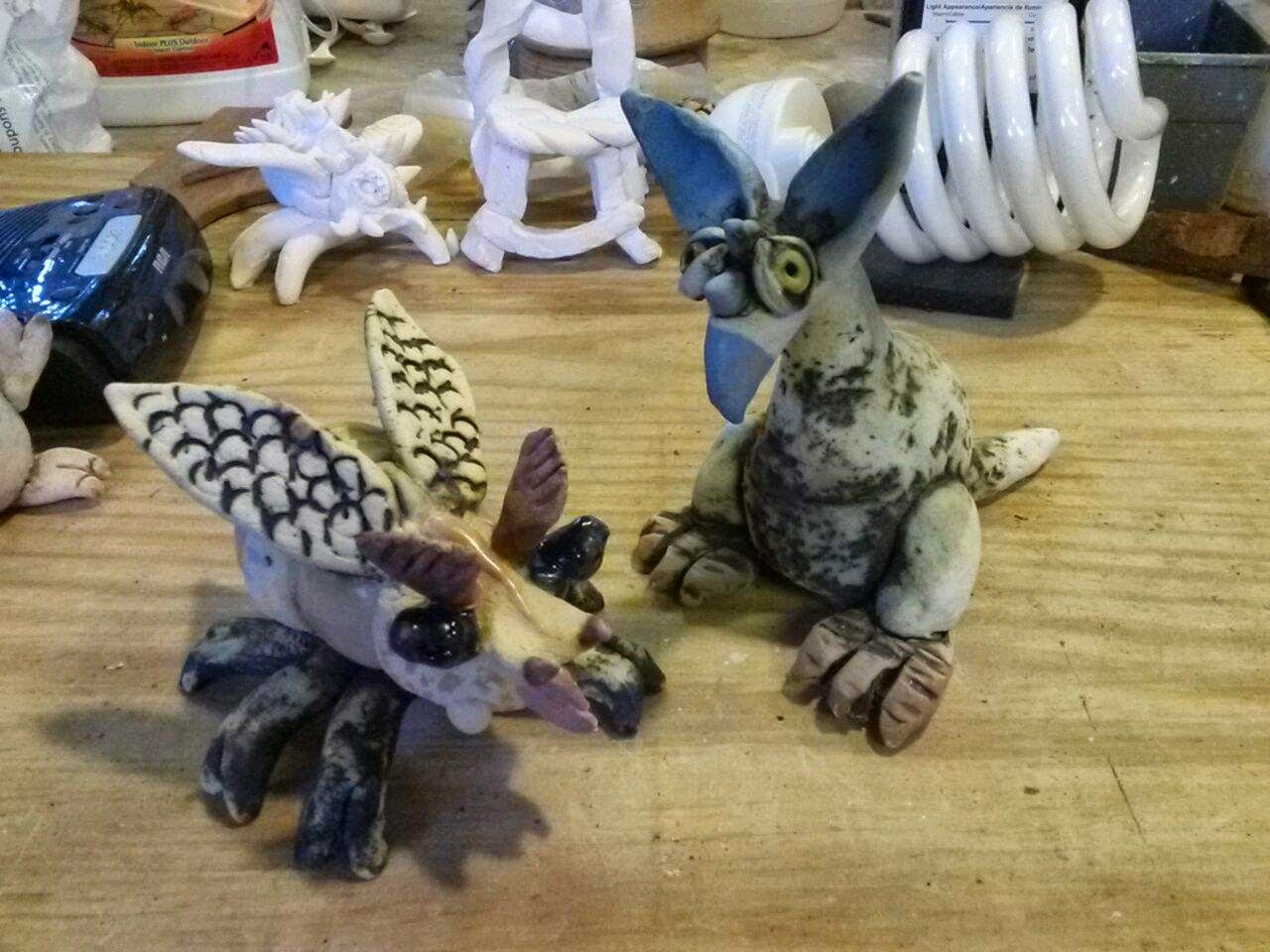 Yesterday I posted a picture of what looked "like" fishes... and these could perhaps be "confused" for insects..............NO WAY!  This are creatures that send us back to childhood imagination.  I must confess that I was never very brave when it came to making things that could be called "absurd"...but that is precisely what this show does.  It leaves behind  the animal references of the world we know and transports us to a reality beyond.

Come enjoy the experience and don't miss the opportunity of "adopting" one of this marvelous creatures...I already chose ...


Posted by Fusion Islena PT at 8:54 AM No comments:

Pick of the week